The conflict hit it’s first high point March 11th when YouTube announced it would immediately begin blocking access to channels associated with Russian state-funded media. They stated there was a conflict with their policy that bars content that denies, minimizes or trivializes well-documented violent events.

The world’s most used streaming video service, which is owned by Alphabet Inc’s (GOOGL.O) Google, said Russia’s invasion of Ukraine now fell under its violent events policy and violating material would be removed.

YouTube spokesman Farshad Shadloo said the blocking of the Russian outlets was in line with that policy.

Russian state media have called restrictions placed on them by distributors, which include app stores and other social media services, unjustified censorship.

“The blocking by YouTube is nothing but a new turn of an atrocious attack on one of the fundamental principles of a democratic society – that is freedom of the press,” Sputnik said in a statement on Friday March 11th.

YouTube declined to specify which and how many channels had been blocked globally, or whether they ever would be restored.

Its policy states channels may be permanently blocked for repeated violations, a single case of severe abuse, or when they are dedicated to violating content.

Workers across Google had been urging YouTube to take additional punitive measures against Russian channels, accusing them of spreading false narratives about the Ukrainian leadership and civilian deaths during the war, according to three employees at the company.

Russia is not planning to block Alphabet’s YouTube, the minister for digital development said on Tuesday, acknowledging that such a move would likely see Russian users suffer and should therefore be avoided.

Russia has blocked other foreign social media platforms, but despite months of fines and threats against YouTube for failing to delete content Moscow deems illegal and for restricting access to some Russian media, it has stopped short of delivering a killer blow to the video-hosting service.

With around 90 million monthly users in Russia, YouTube is extremely popular and plays an important role in the digital economy.

Though Russia has domestic versions of other social media, a viable YouTube alternative on that scale is yet to emerge.

“We are not planning to close YouTube,” Maksut Shadaev, who is also minister of communications and mass media, told an educational forum. “Above all, when we restrict something, we should clearly understand that our users won’t suffer.”

Competition is the engine of progress and blocking is an extreme measure, he told a vast auditorium of mostly young Russians, some scattered around the room on bean bags.

Alphabet’s Google did not immediately respond to a request for comment.

Simmering tensions between Moscow and Big Tech erupted into a full-on information battle after Russia sent tens of thousands of troops into Ukraine on Feb. 24.

Russia restricted access to Twitter, Facebook and Instagram in early March. It vowed in April to punish Google for shutting out Russian state-funded media globally on YouTube, accusing it of spreading fakes about what Russia calls its special military operation in Ukraine.

Meta was found guilty of “extremist activity” in March, a ruling the company objected to, but Kremlin spokesperson Dmitry Peskov on Tuesday said he would not rule out the return of Instagram, provided Meta complies with Russian laws on content and local offices.

“We do not want to close ourselves off from anyone,” Shadaev said. “On the contrary, we think that Russia should remain a part of the global network.” 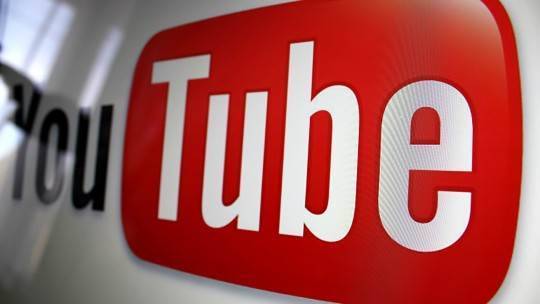 Google’s Russian unit will file for bankruptcy after authorities seized the tech firm’s bank account, the company confirmed to Insider.

Google’s local unit is unable to pay its employees, suppliers and vendors in Russia as a result of the seizure, and had published a notice of its intention to file for bankruptcy.  The firm will continue to offer its search, YouTube and other free services in Russia.

Relations between Google and Russian authorities, already strained prior to the Kremlin’s order to invade Ukraine, deteriorated after the company declined to bow to pressure from Moscow to remove content related to the conflict. Google’s local unit was fined 11 mn roubles ($173,000) in April for not deleting Ukraine videos from YouTube, which Moscow deemed “banned content”, according to the Financial Times.

“The Russian authorities’ seizure of Google Russia’s bank account has made it untenable for our Russia office to function, including employing and paying Russia-based employees, paying suppliers and vendors, and meeting other financial obligations,” a Google spokesperson said.